News
Share
Magnus Carlsen: "If I was defeated by Shahriyar, I would be very upset" 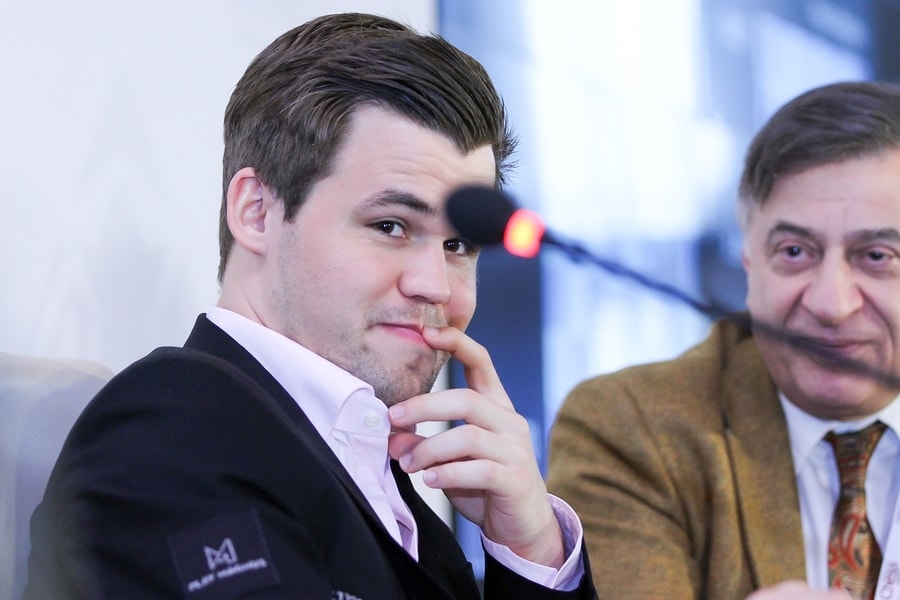 In the first round of the ShamkirChess 2018 Super Tournament in the memory of Vugar Hashimov, Shahriyar Mammadyarov (Azerbaijan) was draw with the World Champion Magnus Carlsen (Norway). The Press Service of the Tournament reports that, after the game, Magnus Carlsen said that he did not think about the loss in the first round.  “We saw interesting, yet not risky game. There were not any chances for mistakes.  If I lost the game, I would be very disappointed. The Competitor was playing accurately and carefully. In my opinion we should play accurately in the upcoming games. We should not be deceived by the rating. All the competitors would like to score. Therefore, in order to have surprise, we should be careful.

In his answer to the question about Azerbaijani grand master Vugar Hashimov, The World Champion remembered his game with Vugar during the FIDE Grand Prize 2008 held in Baku: “The news about absence of Vugar really frustrated me. We were opponent in the FIDE Grand Prize 2008 Tournament in Baku. Hashimov was able to manage difficult position masterly.  In that tournament, I had an obvious advantage on him, but he changed the situation intelligently. As a result, we scored draw in the game, although I was advantageous side. Finally, I shared both first places with Vugar in the end of the tournament. He had been a very strong grand master. Even he could change the result of the game, if the loss was inevitable”.