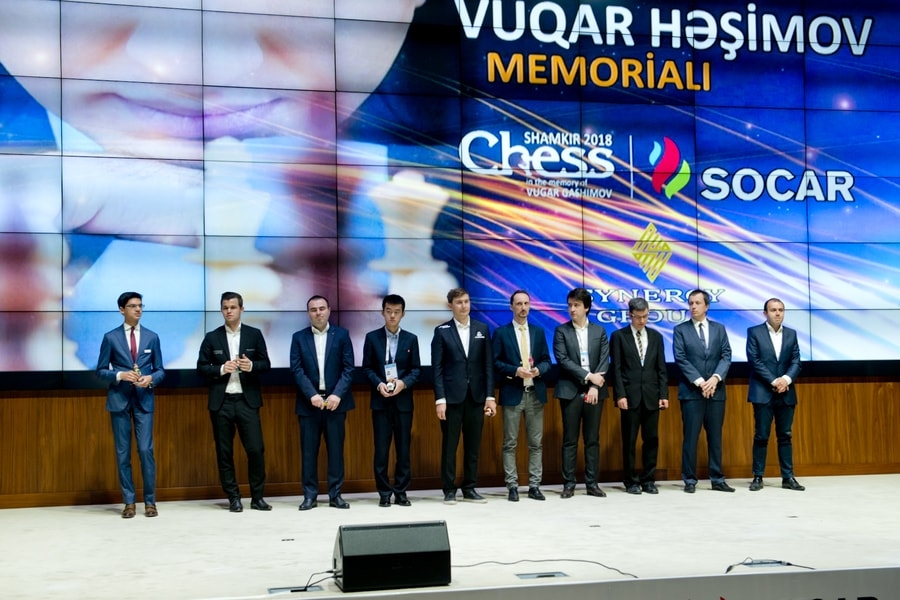 The Opening Ceremony of “Shamkir Chess 2018” Super Tournament devoted to the prominent grand master Vugar Hashimov has been held in the Heydar Aliyev Center on April 18th in Shamkir.

The Press Service of ShamkirChess 2018 Tournament reports that the video tape dedicated to the Vugar Hashimov`s life and career has been shown firstly.

The executive chief of the Shamkir region, Alimpasha Mammadov attending in the opening ceremony, congratulated in his speech President Ilham Aliyev for being elected as the President of the Azerbaijan Republic once again. Emphasizing that the previous four tournaments held by the Synergy Group, A. Mammadov said that SOCAR is the main organizer this year. He has thanked to the Azerbaijan Chess Federation and SOCAR for their support in the organization of the tournament.

The President of the International Chess Federation (FIDE), Kirsan Ilyumjinov stated his satisfaction about the organizing of the “Shamkir Chess” Tournament for the fifth time which gained such a prestigious place in the Chess World. Talking about Vugar`s high humanitarian characteristics and achievements experienced as a professional grand master, the President of FIDE said: “I would like to express my gratitude to Vugar`s parents for bringing up such a perfect child. Vugar is always with us. Azerbaijan is only country in which the State Program has been adopted for the improvement of Chess. The 42th World Chess Olympiad held in Baku two years ago is considered the best organized chess tournament. Chess is loved in Azerbaijan. There are more than 60 million who play chess in the world. Now, not only Baku, but also Shamkir is recognizing as a chess center. Today is a chess holiday, as well. I would like to expect to see more interesting games in this tournament.”

Telling his gratitude for the organization of the contest to SOCAR, K. Ilyumjinov wished success to the participants. Then, the artist Farman Huseynov presented his present of portrait of the President of FIDE to him. Some views of “Shamkir Chess” Tournament have been displayed.

The Chief of the Sport Department of the Ministry of the Youth and Sports, Farid Mansurov has talked about the prominent grand master Vugar Hashimov`s successful career and achievements. He evaluated this great tournament dedicated to the memory of late grand master highly.

The vice-president of SOCAR, Khalig Mammadov stated his content about supporting of his representing company of the organization of such an important occasion. He has noted that the Super Tournament in the memorial of Vugar Hashimov contributes to the improvements of Chess in Azerbaijan.

Saying his gratitude to the Organizers of the memorial of his son, Gasim Hashimov, father of the late grand master said: “Every time, after watching cadres about my son, I feel hardship while I am talking. “Synergy Group” has already organized highly the first four tournament. Now, SOCAR has claimed the organizing of the event. Therefore, I would like to express my gratitude to the SOCAR Administration.”

Noting that this tournament contributes not only to the worldwide recognition of Shamkir, but also in the Chess World, G. Hashimov noted specially the support of The President of Azerbaijan National Olympics Committee, Ilham Aliyev, in Vugar Hashimov`s first steps in chess career.

Afterwards of the commencement speeches, the vice-president of the Azerbaijani Chess Federation, the chief referee of the tournament, by the control of Faig Hasanov, there was a bet among participants.  As a result of the bet, in the first round of the tournament, two grand masters who are in the first and second place holders in the World – reigning World Champion, Magnus Carlsen (2843) and Shahriyar Mammadyarov (2814) will counterpart on April 19th. 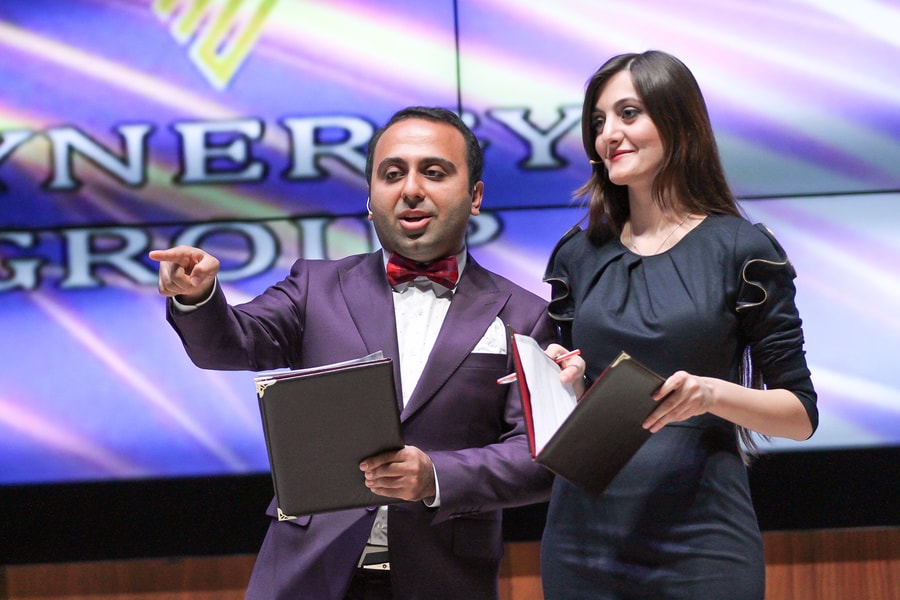 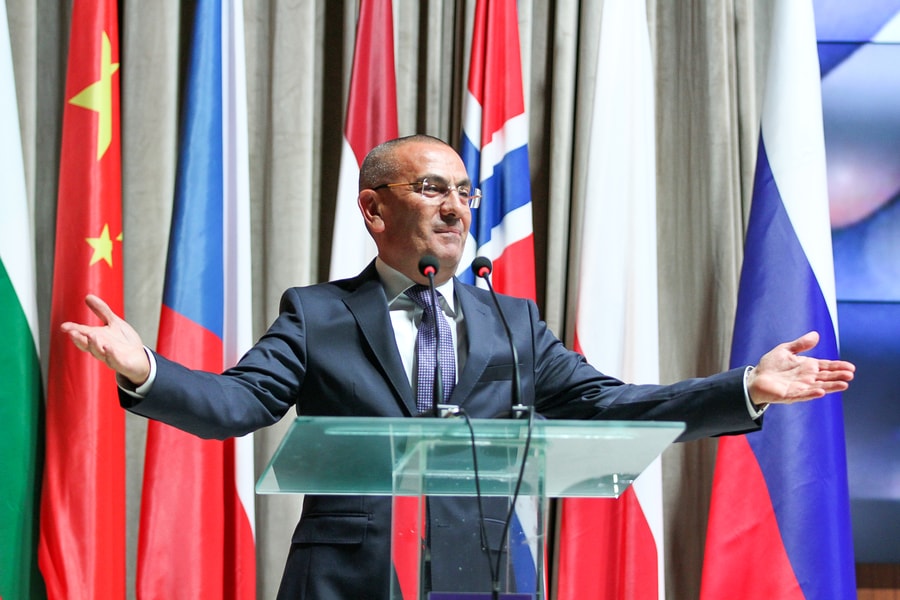 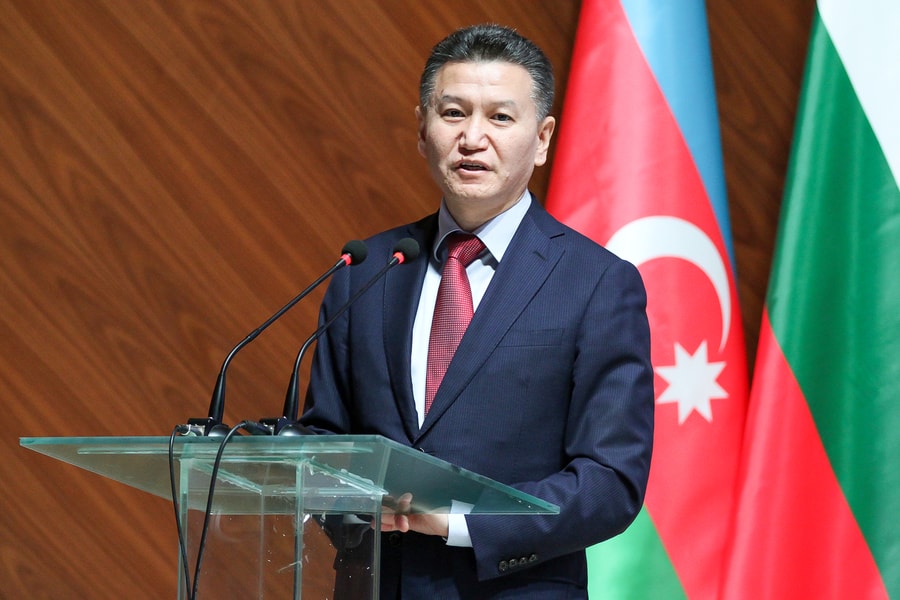 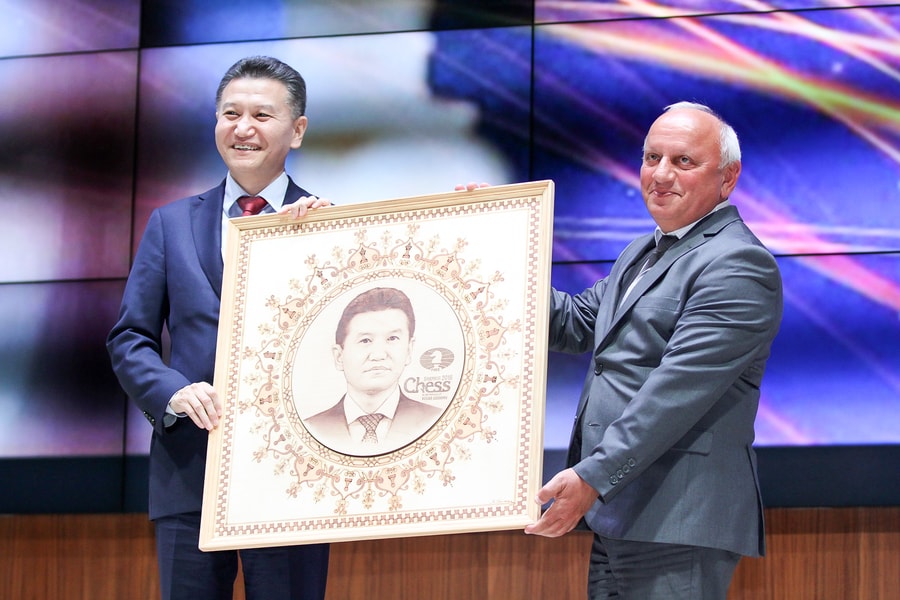 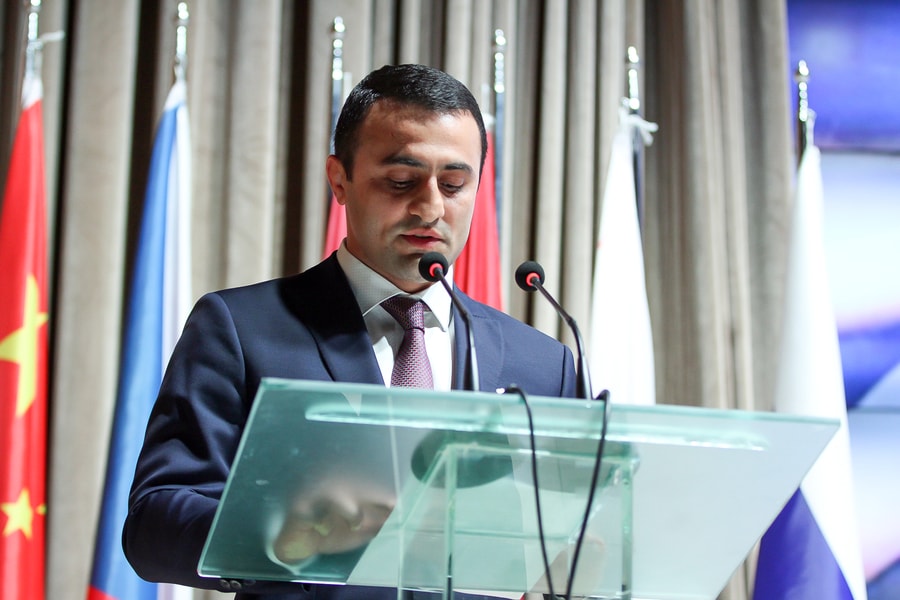 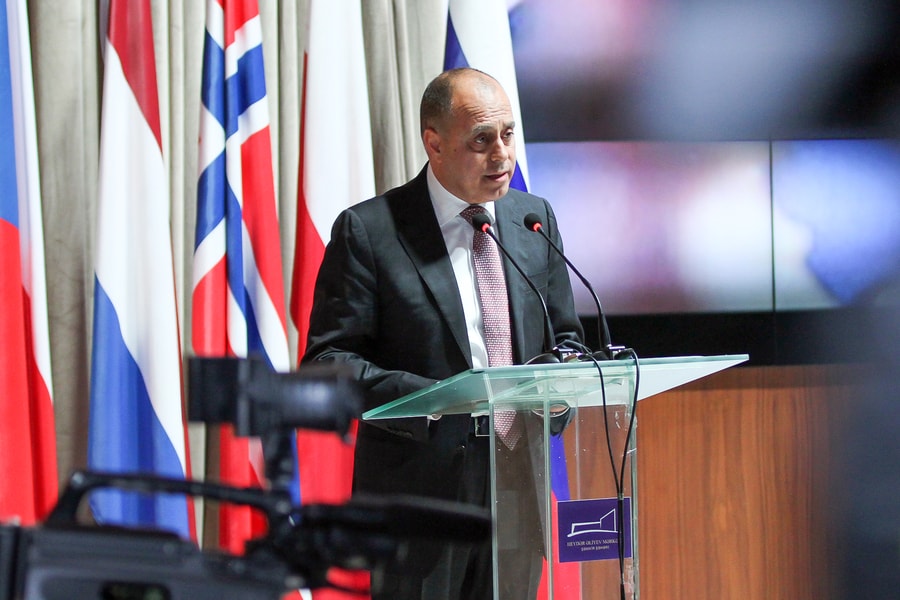 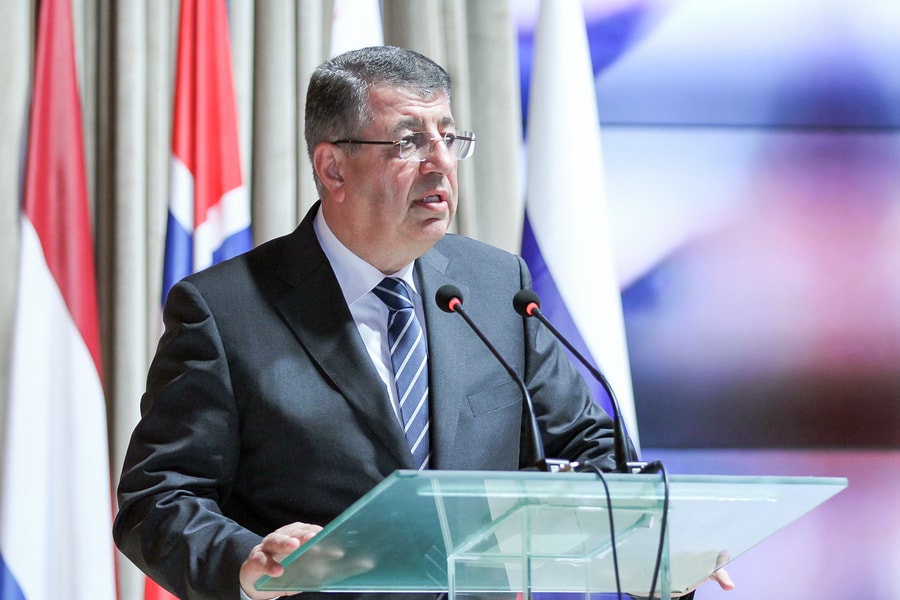 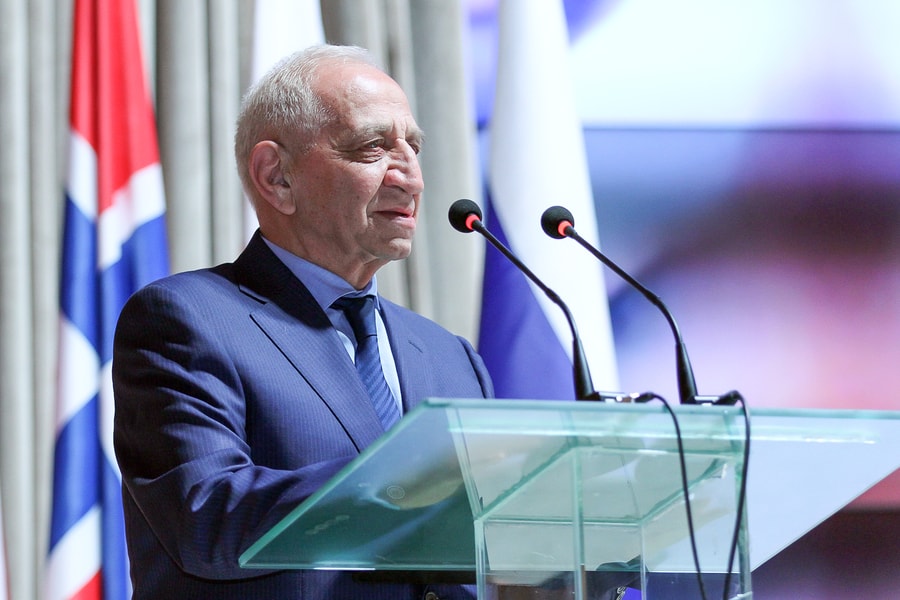 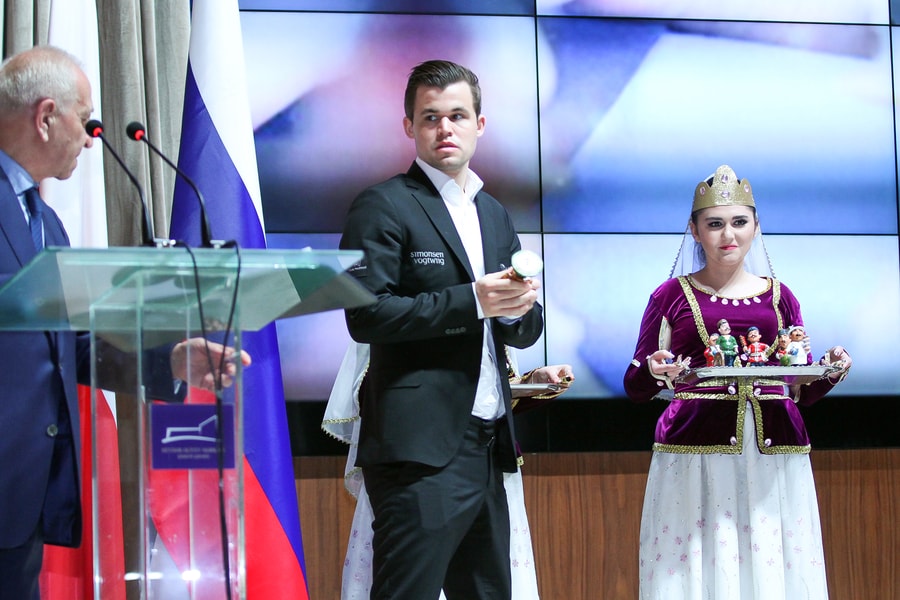 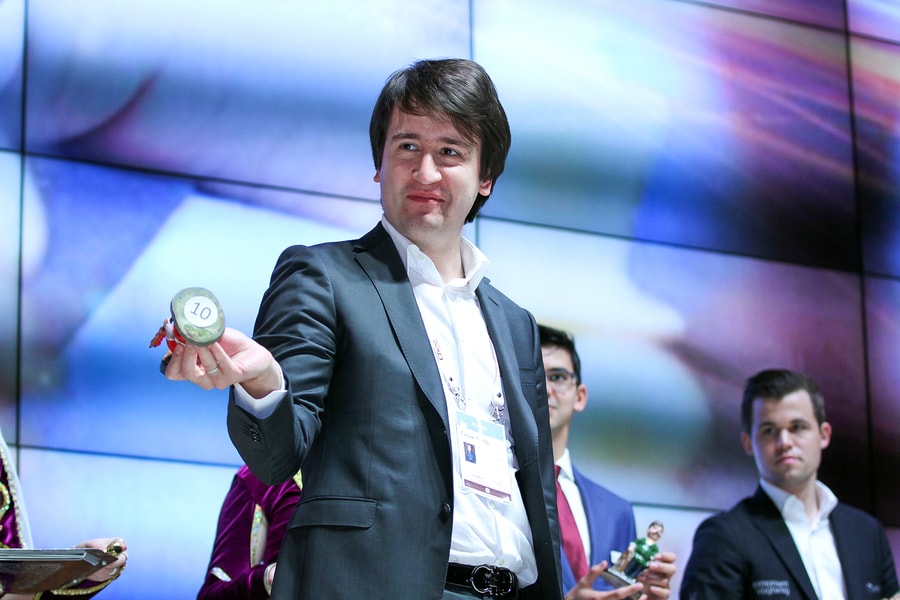 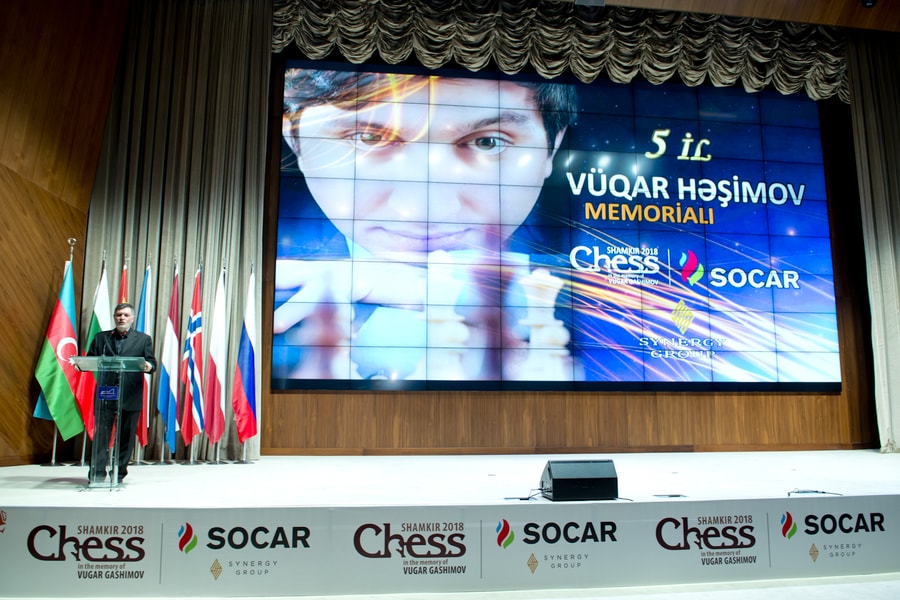 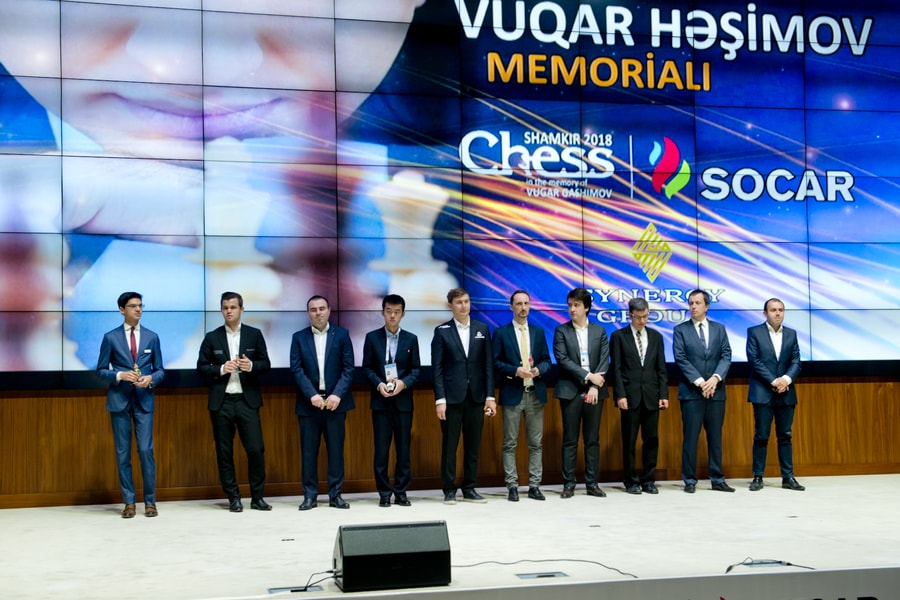 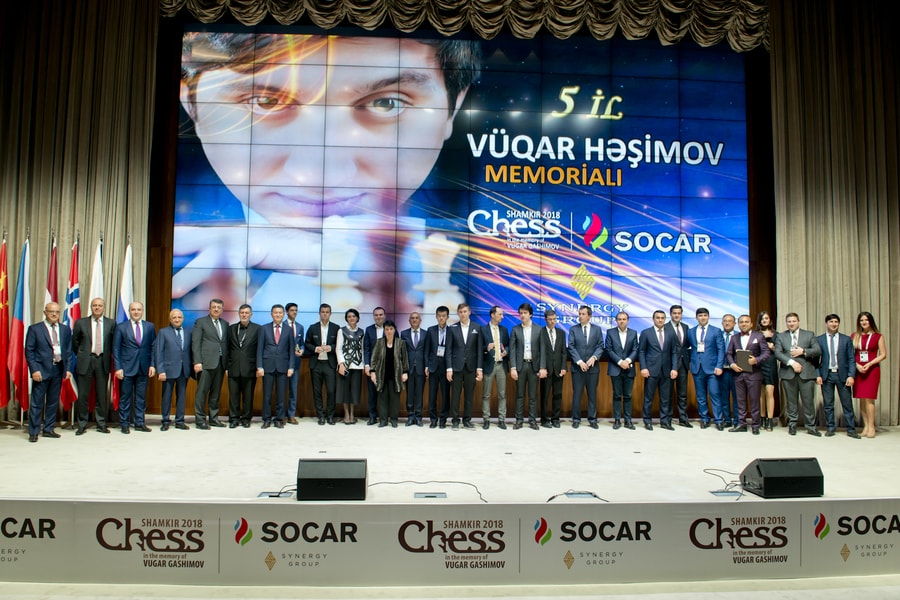 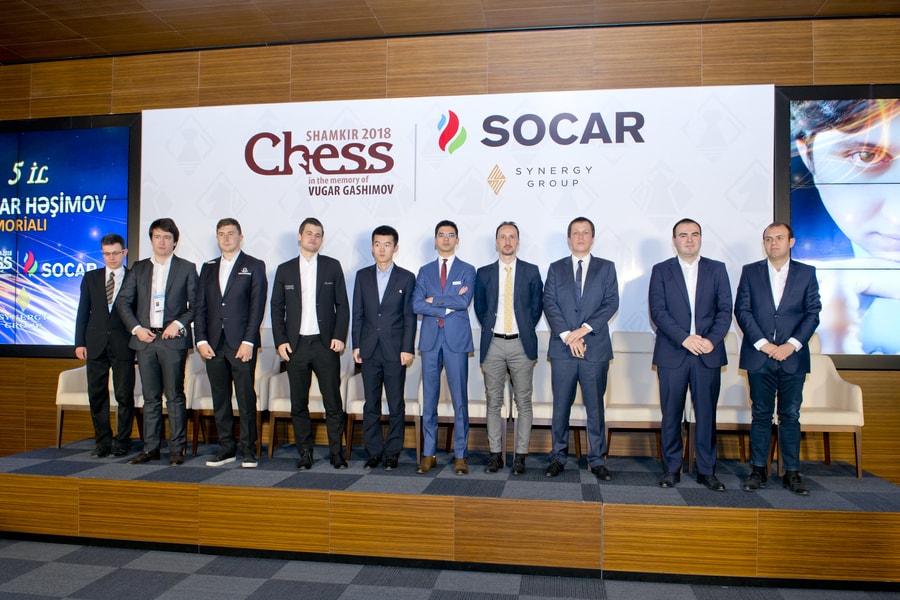 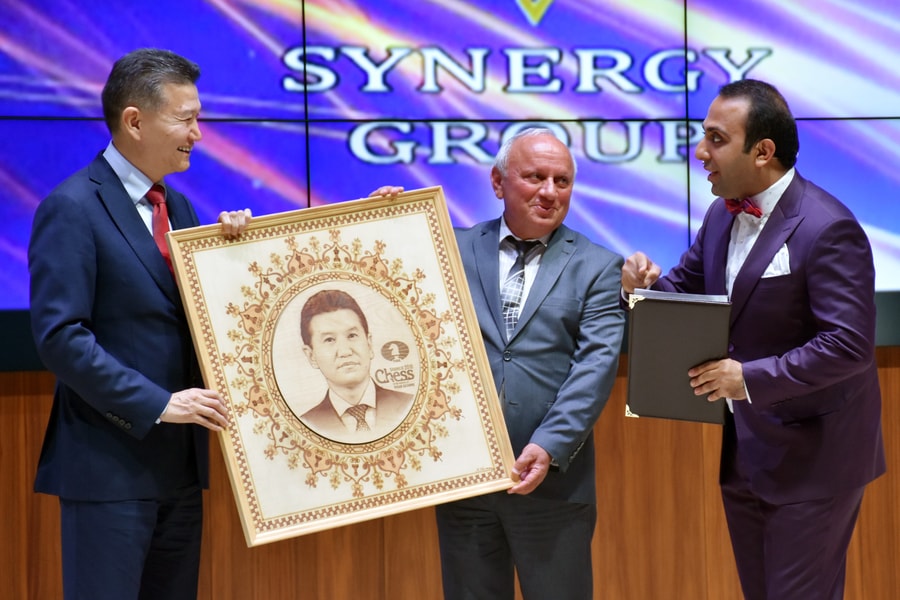 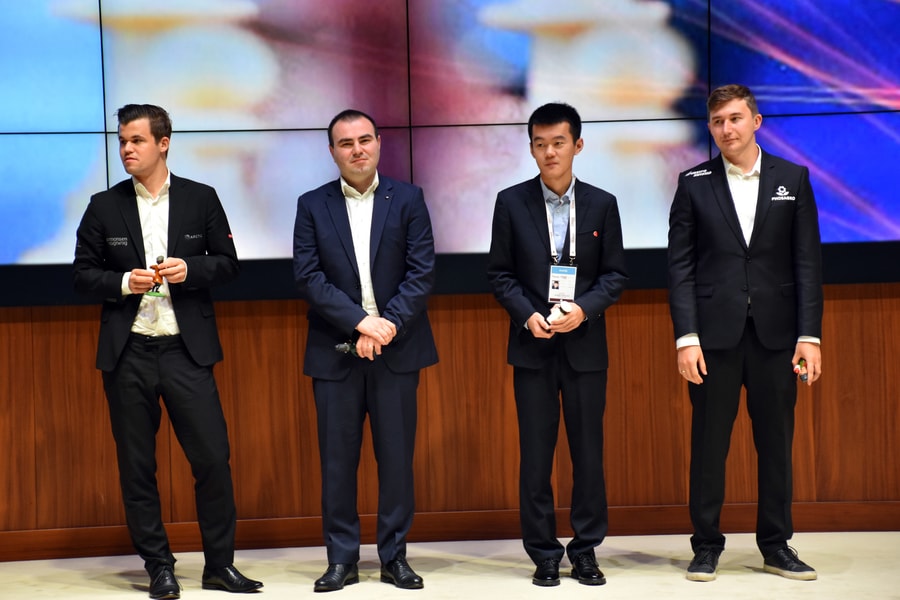